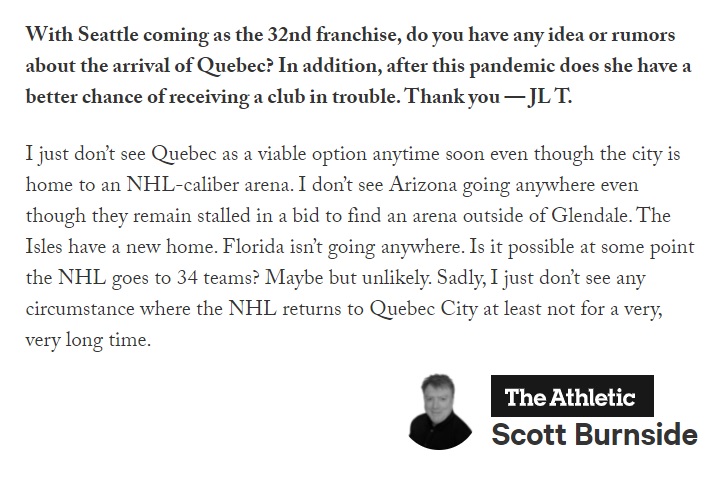 Torontonians are stuck at home. Still.

According to Statistics Canada, at the beginning of the year, some 32 per cent of Canadians worked mostly from home compared to four per cent in 2016. And it’s not just work. These days, the buildings many call home are filling in as the gym, the school, the restaurant, the movie theatre and sometimes even the night club. It’s a situation that can lead to a whole range of noises – some previously non-existent, others simply not noticed when most residents were off at work – and friction.

“Noise-related disputes are just exploding,” says Natalia Polis, a lawyer with Lash Condo Law, a Toronto firm that specializes in condominium law. Polis says that noise disputes in multi-unit residential buildings now make up a good chunk of her practice.

In most cases, it’s one neighbour complaining about another. “People didn’t used to be home 24-7 and it’s exacerbating the number of complaints,” Polis says.

There are also complaints about buildings’ mechanical sounds. Elevator shafts, garbage chutes, boiler rooms, parkades, rooftop mechanics and construction projects can also be aggravating if you’re suddenly always within earshot of them.

Mary Mirandola lives in a building on Richview Road in Etobicoke. In February, the tower’s owners decided it was time to refresh its exterior by replacing concrete and railings on the balconies. From 9 a.m. to 5 p.m. Monday to Friday, Mirandola and her dog are forced to listen to the sounds of drilling and jackhammering on concrete.

“It’s been a very traumatic experience,” says Mirandola, who has been following provincial lockdown guidelines and only leaving her apartment for essential trips. “It’s incredibly loud and stressful, both for myself and my dog.” To calm her pet, Mirandola has put cardboard over her windows to dampen the sound. She was told the construction wouldn’t like be finished until at least this month, meaning she will have been exposed to at least five months of intense daily noise.

Exactly how much noise should one be expected to tolerate through the walls or windows? For condos, it depends on the building. In Ontario, the Condominium Act doesn’t specifically mention noise but allows individual condo corporations to adopt their own rules that “prevent unreasonable interference with the use and enjoyment” of a unit. Most condo corporations have their own bylaws prohibiting loud sounds and vibrations, particularly during certain nighttime hours. The Condominium Authority of Ontario recommends that residents experiencing noise issues review the noise-related rules in their condo corporation’s governing documents before taking any action.

In Mirandola’s case, there hasn’t been much she could do besides grumble with the neighbours and muddle through. The owners of the rental building are free to continue their renovations as long as the building isn’t violating municipal noise bylaws. In fact, a provincial COVID-19 emergency order has actually expanded the hours when construction is permissible, from 7 a.m. to 7 p.m. Monday to Friday and 9 a.m. to 7 p.m. on Saturday pre-pandemic, to today’s extended construction hours: 6 a.m. to 10 p.m., seven days a week.

As for noise coming from neighbours, things can get tricky. While most bylaws mention noise, they usually don’t define exactly how loud is too loud.

“Noise is subjective,” says lawyer and former Canadian Condominium Institute president Jamie Herle. “If the rules say you can’t smoke in the unit or have a pet, that’s easy. Sound is more difficult.”

If noise being made by a neighbour is indeed unreasonable, a common first step is speaking with the person directly. Herle says residents also have the option of notifying the board, who will usually notify the neighbour by letter; but she recommends talking to the neighbour first if you feel it is safe to do so.

“Most people don’t want to be problematic neighbours,” Herle says. “Often a respectful conversation can solve the problem, more than a scolding letter from the board.”

The solution may be as simple as putting down a rug or shifting a workout time.

If that conversation doesn’t go as amicably as hoped, it’s time to reach out to the board. Under the Condo Act, if a condo has a noise bylaw, the condo corporation must enforce it. The Condominium Authority of Ontario recommends keeping a written record of the problem including the date, time, type and source of the noise.

The condo corporation should investigate the complaint and, if they deem it a problem, send a series of letters to the offending resident. If that doesn’t solve the problem, it’s time to lawyer up. The first step is usually an attempt at mediation and arbitration to come to a settlement agreement with the neighbour. If that is unsuccessful, the last resort is taking the neighbour to court.

In one case, Polis represented a condo owner against a neighbour for excessive noise, harassment and verbal abuse. The neighbour entered a settlement in mediation agreeing to stop the offending behaviour, but then quickly violated that agreement. Polis and her client took the neighbour to court, presenting the judge with a slew of audio and video recordings. The result was a court order demanding the neighbour comply with the condo corporation’s governing noise bylaws.

“If they’re not willing to negotiate or make concessions, you can skip mediation and arbitration,” says Polis. “With noise disputes, more often than not they go right to the final stage.”

If the problem isn’t a neighbour but rather an aggravating mechanical noise, the best move is to take it directly to the board. Condo corporations are generally responsible for the common elements of the condo: if the parking garage door or the elevator mechanics are unreasonably loud, it falls upon the condo corporation to solve the problem. If they refuse to do so, a resident has the same recourse as they would against a neighbour: mediation, arbitration, court.

In some cases, the problem may be an inadequately soundproofed building. All buildings in Canada are required to achieve a certain sound transmission class. This is a measurement of how well a building partition like a wall, ceiling or floor blocks the transmission of airborne sound. In Toronto, the building code requires a minimum score of 50.

Koval says there are a variety of factors that affect noise attenuation, including construction materials (concrete is better than wood) and exterior walls (brick or concrete with small windows is better than glass or aluminum). The National Building Code was revised in 2010 to include requirements for soundproofing — buildings constructed earlier than 2010 are often less soundproof — but Koval says that even those requirements are not particularly stringent.

Even if a building clearly falls short of requirements, it can be difficult to hold a developer liable for a building’s poor soundproofing.

If there are sound attenuation deficiencies identified in the first couple of years of a new build, Polis says the condo corporation can bring a claim against the developer to rectify the problem. The majority of the time, though, she says it falls upon the condo corporation to solve any building-wide problems.

Condo owners also have the option of taking matters into their own hands — or rather place them in the hands of a soundproofing professional. Koval says that common solutions include constructing a secondary wall or installing a floating floor. There are no real cheap-and-easy fixes; even installing a single wall takes days and will cost a few thousand dollars.

And it’s an issue that isn’t going anywhere. The Canadian Condominium Institute is planning a seminar on noise complaints to address what has become the hot button condo issue of the pandemic. Part of the solution, says Herle, is approaching the problem with the right attitude.

“Look at the issue with compassion instead of annoyance,” Herle says, particularly when the noise is being generated by neighbours. “Sometimes we don’t realize the effect we are having on others.”